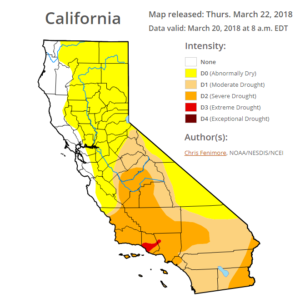 Record-breaking storms last year ended the state’s historic five-year drought, but scorching, dry weather — including the hottest opening day in World Series history, 103 degrees in Los Angeles on Oct. 24 — vaporized a lot of the gains. Dry conditions from December through February pushed nearly half of the state back into at least moderate drought conditions, according to the U.S. Drought Monitor.

Northern California will benefit from a second system coming in from the Gulf of Alaska that will increase the snowpack, which has recovered substantially but still measures only 47 percent of normal statewide for this time of year.

The map of the United States in it’s most recent drought reading, seen below, serves as a link to an interactive comparison map available on the Drought Monitor website. Click on the image to take you to the site. Once there, you can program comparison dates to see how our current conditions compare with those in the past. Records are updated every two weeks. 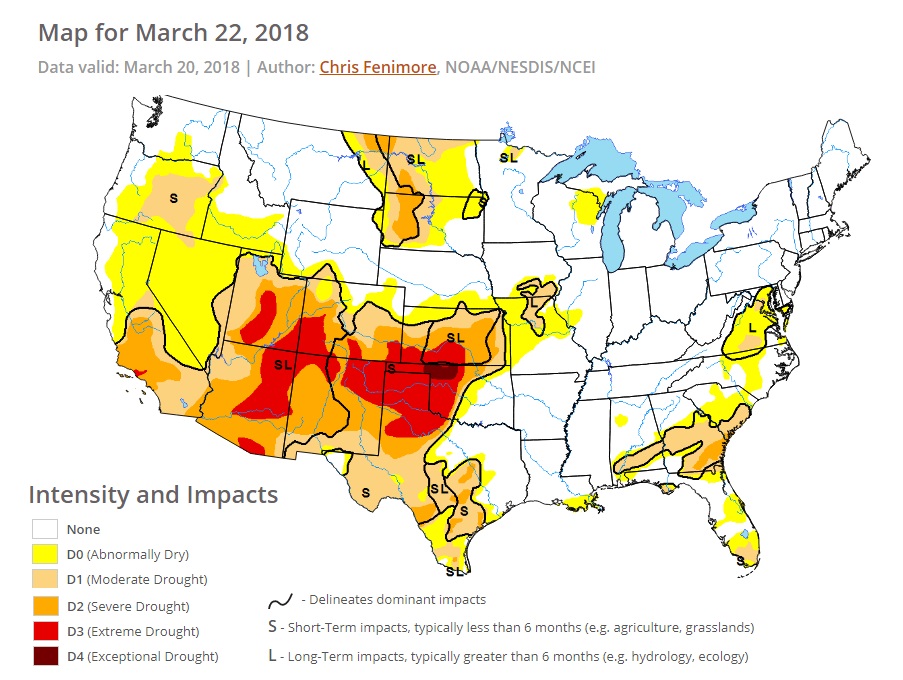